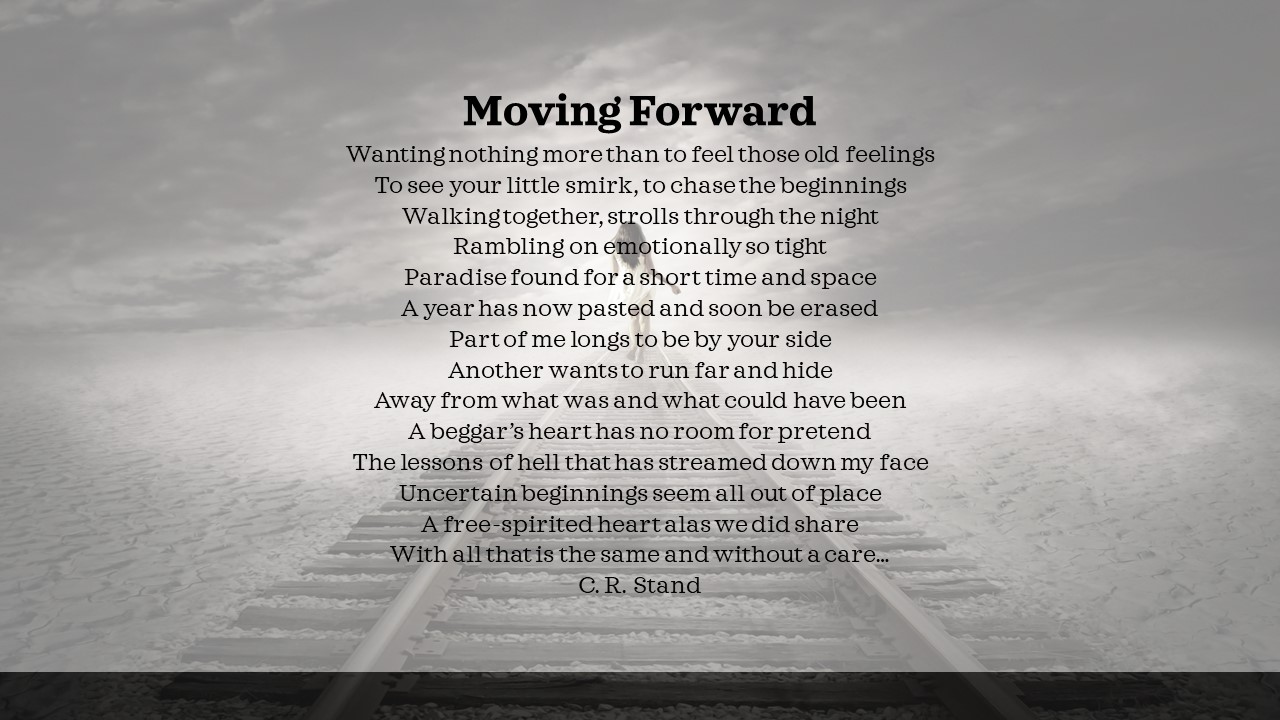 The memories flood my google photos today… It was hard to see us so happy last year. There was a change that had happened. I know that it was not meant to be and for that I am happy but still I grieve having such a short, wonderful time together. Trying to figure out each other in such a short period of time was hard. Returning in September was even harder and the face he showed after, was the worst. All my friends say that I dodged a bullet, and they are right, but there is still a longing for a beauty we have only felt together. Or at least I felt. Love bombing is real and so not. It feels real even after a year, but I know that was not the real him. That was “ the him” that wanted to capture my affection. He did and I suffer but today I realized that the suffering has changed… This feels positive.  I have suffered long enough.

Wanting nothing more than to feel those old feelings

To see your little smirk, to chase the beginnings

Walking together, strolls through the night

Rambling on emotionally so tight

Paradise found for a short time and space

A year has now pasted and soon be erased

Part of me longs to be by your side

Another wants to run far and hide

Away from what was and what could have been

A beggar’s heart has no room for pretend

The lessons of hell that has streamed down my face

Uncertain beginnings seem all out of place

With all that is the same and without a care…

Much Love Much Life